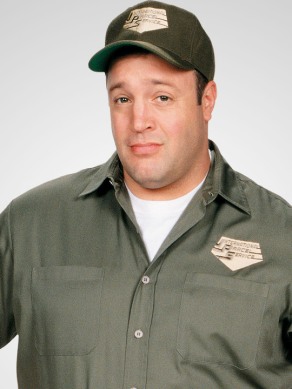 If you’re not familiar with the name Doug Heffernan, he’s the character who was played by Kevin James on the now defunct comedy series “King of Queens”. On a personal note, I think this show is hilarious and the character of Doug definitely goes a long way in illustrating the Taurus Archetype. Granted, there are many ways in which an astrological archetype can be expressed. However, Doug’s character unearths a lot of what we know about Taurus in it’s most basic form.

In a birth chart, when the Sun is placed in Taurus, the fuel which stimulates the individual is that which is geared toward keeping things as they are. Basically, a tranquil life with no real surprises. Maintaining the status quo and things as they should be. The tendency is to gravitate toward what’s known because it brings a sense of comfort and security.

On the show, Doug’s character is a driver for the fictional company “IPS”. He’s been there for a number of years and likes his job. In short, he’s comfortable. He goes to work every day, clocks in , delivers his packages and then comes home to his wife Carrie. Admittedly, Doug has voiced no passionate ambition to climb the ladder at his company, but rather to do the best he can in his current position.

For the most part, his character suggests a Man of even disposition with not a lot of highs and lows. He’s relatively easy to get along with and has friends who enjoy his company. In fact, he’s had the SAME friends for a really long time, so the stability factor is there:gravitation to the known and familiar. Doug has a regular hang out spot called “Cooper’s” where he meets up with Deacon Palmer, who is his co-worker and best friend, his Cousin Danny and Spence, who is Danny’s roommate.

It’s fair to say that Doug can be counted on to do what he says he’s going to do. He comes home every night and lives in relative peace with Carrie despite some of the mishaps and adventures which pervade the household.

Doug’s character also illustrates the dysfunctional side of Taurus. In most cases, unless it’s serving him directly, he’s very reluctant to try anything that’s not familiar to him. There are several episodes in the show  where this attitude is evident.

In one episode, Carrie wants to start socializing with her colleagues from work more, so she sets up arrangements to start interacting with other couples. To show his disapproval, Doug engages is some very off putting and even grotesque antics, when Carrie is absent to drive other couples away. His remark is that he “likes our friends just fine and doesn’t need any new ones.”

I’m going to be astrotyping the rest of this cast soon, as it was one of my favorite shows.