The blending of the Sun in Aries and the Moon in Libra is fundamentally illustrative of the need to integrate the dynamics of the assertion of individuality and harmonious social relations. The natural opposition, or complimentary force between the signs calls for awareness of ourselves and the other.

With an Aries Sun, the person’s essential life energy and stimulus consists of thrusting the identity into the world with force and distinguishing the self as an individual, distinct from the herd,asserting and claiming themselves as number one in their chosen field of endeavor.

This solar placement suggests an initiating quality which can manifest behaviorally in the form of dynamic, courageous and empowering leadership when operating on a functional level. The Sun in Aries potential centers around the drive to leap forward into action and using their strength to defeat any impediments which may be present.

When operating dysfunctionally, the Aries Sun can manifest as someone who’s so vitally “alive” that they think they’re the ONLY one’s alive. The overfunctioning of the ego serves to alienate those who might otherwise be allies.

The Libra Moon uses the Sun’s light to reflect a personality whose nourishment depends on balancing self-approval with social appreciation. Where the Aries Sun is focused on self, the Libra Moon’s orientation is toward others, with a tendency to evaluate themselves from the observer’s point of view. Cooperation, social relatedness and the joining of forces toward a common goal are some of the emotional needs suggested by a Libra Moon.

When  the Moon’s placement in Libra is operating dysfunctionally, the individual OVER relates to others. He or she becomes confused about who they are outside of their relationships. There may be a ‘peace at all costs” philosophy at work where the person suppresses their identity in favor of amicable relations. However, this set up ultimately leaves the door open for animosity to creep in causing an eruption of epic proportions. The very dynamic which was trying to be avoided through accommodating behavior has now been created because the individual wanted to be seen as “fair” and “good”.

Navigating the balance point between the assertion of self as a separate entity and the recognition of how that impacts our relations with other people is the key to constructively integrating this Sun-Moon blend. To have confidence that we can simultaneously claim our individual selfhood and relate as equals to our fellow human beings is essential.

Photo by Artem Lysenko from Pexels

For many of us, moments of true equilibrium don’t necessarily occur as often as we would like. In fact, we may even find them to be a bit elusive. It wouldn’t be a stretch to say that there’s often a common human tendency to either be looking BACK, embroiled in the gut-wrenching regret or heartfelt nostalgia of PAST events, or gazing far into the FUTURE with wide-eyed idealism or trepidation and uncertainty.

Your Sun-Moon blend highlights the possibility of a silver lining for you: the potential to look straight ahead and be firmly planted in the NOW, with the capacity to extract beauty from, and experience serenity in the most basic aspects of life.

Within you, there’s a suggestion of a grounded and unruffled foundation which combines with a social intelligence and refinement. There’s a knack for executing sheer appreciation for the moment, and also the confidence that, when that moment has elapsed, there’s one right behind it which can be appreciated just as fully.

You gain a deep satisfaction from an inner certainty that your life is being built with the intent of acquiring and increasing the scope of your spiritual and material resources. However, what was once a fertile wellspring of contentment can turn into a rigid and obstinate struggle for security if you become too attached to possessing, or possibly “trapping” what you enjoy.

Your personal relationships are an area of life where you must employ flexibility, accepting the ebbs and flows which come with the terrain. Rather than viewing change as an undermining of your basic sense of security, a more constructive approach may be to conceptualize its lucrative possibilities.

Your capacity to assert yourself for the sake of self-interest and the cultivation of your senses which extend beyond the immediately observable are tools which you’re going to want to develop. In all of your physicality, you’re meant to tap into every faculty, which will lead to the unfolding of a more complete human being.

A major lesson in your evolution is to recognize that everyone doesn’t play the game of life by the same rules. While you may bask in your mastery of the pleasure principle, others may major in potting and scheming. Some interactions may produce more confrontation and tension than you would like, or are used to, but your potential for endurance and common sense diplomacy are in your toolbox waiting to be utilized.

Photo by nappy from Pexels 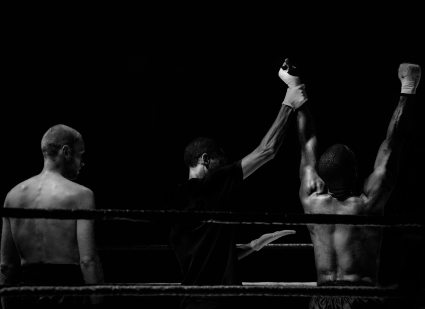 Within the Aries Sun- Cancer Moon blend, we explore themes which emerge from developmental tension between an adventurous thrust into the world  and an emotional attachment to what’s familiar.

Aspirations point toward making one’s mark and a distinct impression of personal identity weighed against a physical or ideological clan of origin.

Who will take care of those I care about if I’m out attempting to conquer the world?

How can I create a viable identity and still fulfill the reigning emotional need to belong?

This Sun-Moon blend can channel it’s potential emotional power into self care as well as the nurturing of others in a passionately protective manner.

The Cancer Moon reflects and distributes the action oriented light of the Aries Sun. The balance and resolution must come between the assertive and the receptive. Doing battle and resting.

It’s of utmost important to trust and value one’s gut instincts in both the physical and the emotional worlds. Relying on kinesthetic and emotional intelligence.

This is the warrior who has two layers of armor at their disposal. And, utilization of these resources can create a win-win at home and in the world at large. 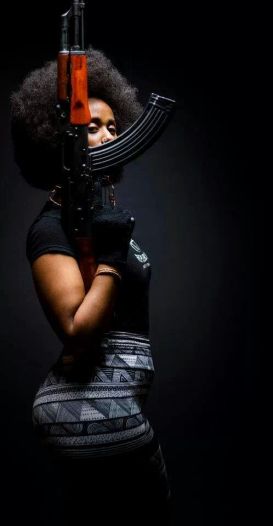 There’s a storm comin’, and it’s in the form of a double Aries Sun/Moon combination.

It’s evident that your heart’s desire to make your mark in the world and your aspiration to develop courage and intestinal fortitude have tremendous potential to be “on the same page” if you’ll allow that power to operate through you.

For you, it’s important to realize that no Woman/Man is an island, and there’s indescribable value in understanding that it’s through your relationships that you have an opportunity to gain self-understanding. YOU wouldn’t be YOU without points of comparison.

You walk the fine line, teetering between firm assertion of your self-interest and what you feel you should give other people. The red hot potency of your identity won’t be denied and you’ll go great lengths to defend it.

The well worn path rarely has enough heat to activate the fire which stirs in your soul. You would much rather blaze a trail of your own for others to follow than fall in line as the proverbial “good samaritan”. Some of the questions which this combination asks is: Will you finish what you’ve started? How complete is the model that you wish to use to represent you?

Consider that during war, “retreat” can sometimes be used as a competent strategy and that to yield doesn’t always indicate weakness. In fact, it suggests a versatility which can allow you to accomplish feats beyond your wildest dreams.

You can listen to it here: